What We Know About the Missing in the Miami Building Collapse

Those unaccounted for after this week’s condominium collapse reflect Miami’s cultural and global reach, and the losses that may touch so many parts of the world. 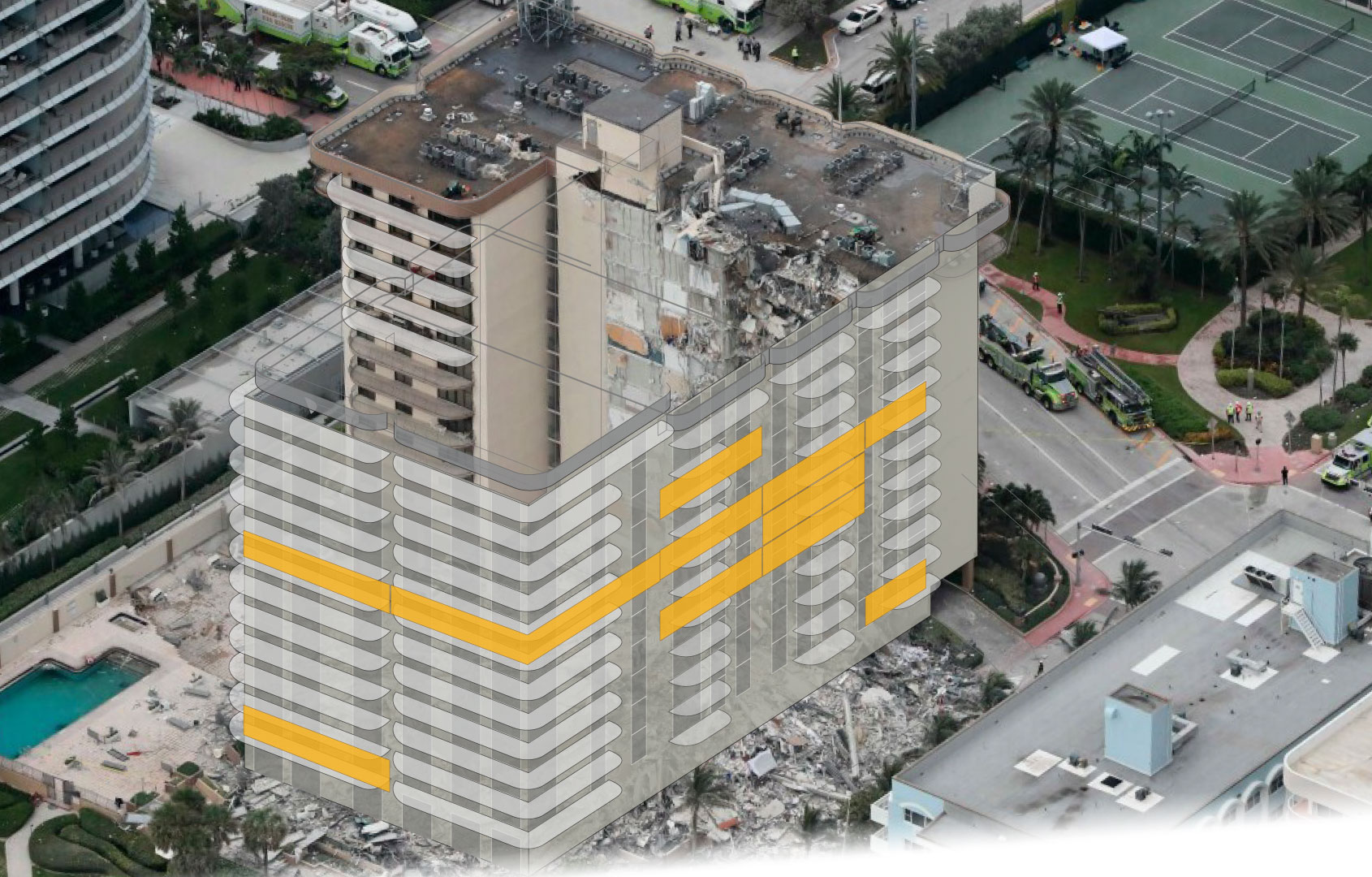 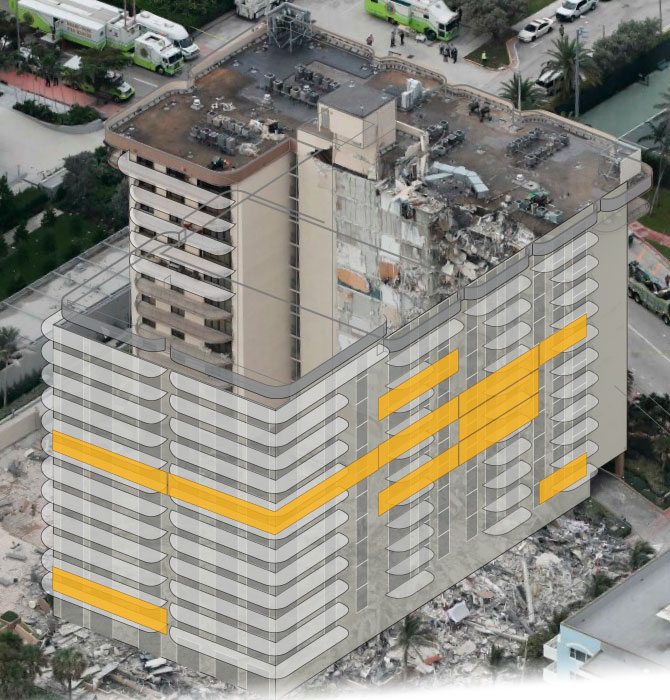 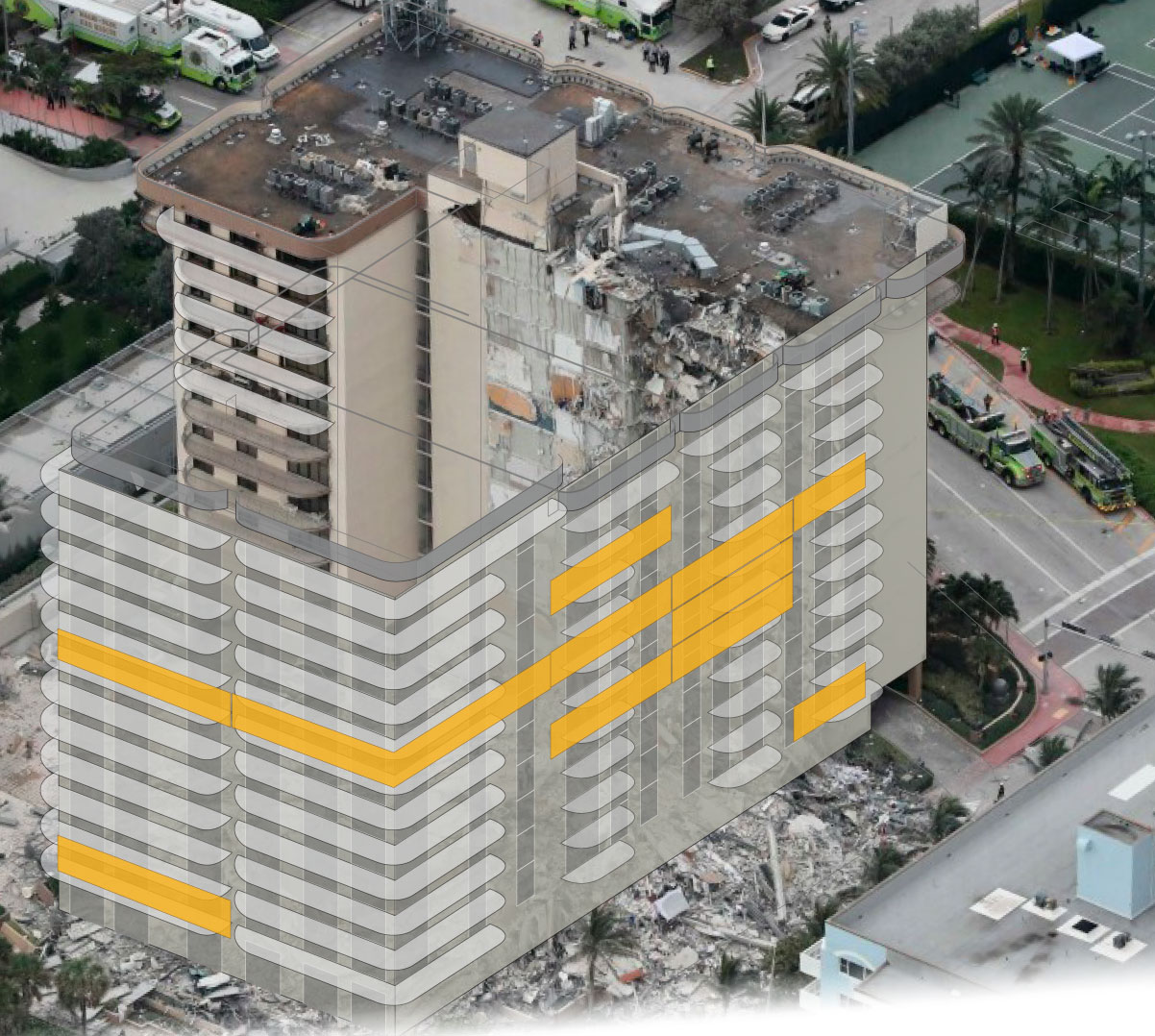 SURFSIDE, Fla. — After a thunderclap jolted Bruno Treptow awake on Thursday morning, he rushed to open the front door of his eighth-floor condo. But where there had been a hallway with doors opening into his neighbors’ apartments, there was now a void.

The “beautiful family” with two young daughters in 802; the young married couple in 804; the single father in 801 who coached his son’s baseball team. In an instant, their apartments were gone.

The people inside the 13-story Champlain Towers condo complex reflected Miami’s global reach, where conversations in English, Spanish, Hebrew and Portuguese could be heard around the pool and in the hallways and elevators.

There were sun-seeking retirees from New York who had lived for decades in the same condo and striving newcomers who worked in tech and real estate. There were Orthodox Jews, South American families who had bought their condos as second homes, visitors from Argentina and Chile, and a 23-year-old nanny from rural Paraguay taking her first trip abroad.

Now, as many as 159 of them were missing, likely buried somewhere in an avalanche of broken concrete and steel after half the building collapsed early Thursday morning.

As the official death toll rose to four on Friday — and as rescue crews scoured the wreckage amid intermittent thunderstorms — families of the missing fought for hope against the hardening realization that so many people might be dead. At least seven children were among those still unaccounted for.

The authorities on Friday identified the first victim of the collapse as Stacie Fang, the mother of a 15-year-old boy who was pulled from the rubble as he begged rescuers, “Please don’t leave me.” Other families said they had taken DNA swabs to help identify those in the debris, raising the prospect of many more grim notifications to come.

“I hang onto the hope that she’s in there,” said Stephanie Fonte, who anxiously awaited word on her vivacious, fashion-loving sister, Cassondra Billedeau-Stratton, 40. “But the longer time goes by, the more we begin to lose hope.”

Ms. Fonte said her sister had lived in the building for about six years, going back and forth between Miami and Colorado, where her husband works as a political strategist. She loved photography, and when the sisters were together, Ms. Billedeau-Stratton would often make them stop and pose in front of a special spot on the beach or beside a burst of flowers.

Ms. Fonte said her sister had been talking on the phone with her husband at around 1:30 a.m. on Thursday, moments before the collapse: “She said the building was shaking and then the phone died,” Ms. Fonte said.

The news of the collapse ricocheted from the 5,600-person oceanfront town of Surfside and across the Western Hemisphere. Senator Marco Rubio, Republican of Florida, said on Twitter that nearly a third of the people reported missing were foreign citizens, and that family members from more than a dozen countries were racing to get visas so they could travel to the scene.

For Luis Barth, a lawyer from Colombia, and his family, the trip to South Florida served a number of purposes, according to his brother Sergio Barth. They wanted to see family in Florida, after a long gap because of the coronavirus pandemic, spend some time on vacation and get vaccinated here, given the frustratingly slow pace of the vaccine rollout in Colombia.

Mr. Barth, 51, along with his wife, Catalina Gomez, 46, and their daughter Valeria, 14, arrived in Florida on May 25, and all three of them got the vaccine, Sergio Barth said. Their plan was to briefly stay in a friend’s condominium in Champlain Towers before moving to Sergio Barth’s house and continuing their vacation.

But for some reason, they went to Miami a day earlier than planned. “That’s a God thing,” Mr. Barth said, adding that he had repeatedly called the family’s cellphones to no avail. “It’s really hard for us to understand and explain.”

The loss — if it is indeed a loss — will be felt intimately and broadly. Luis Barth was politically active in Colombia and had previously run a technology and innovation district in Medellín, which was central to the city’s effort to move beyond the years of drug-war violence. Ms. Gomez was also a talented lawyer, Sergio Barth said.

“I don’t know what to think,” he said in an interview Friday morning. “I mean there is, I think, resignation here, with just a little, little, little esperanza — you know, hope. Miracles happen. So until the authorities say the investigation is closed we have to keep thinking positive.”

All day on Friday, families poured into a community center in Surfside that had become a hub of hope, anxiety and creeping grief. They shared updates with far-flung family members, cried and simply sat waiting for news. They compared the physical and human scale of the destruction to wars and bombings. To some, the scene felt like the aftermath of the Sept. 11 terrorist attacks.

Maurice Waschsmann, 50, described his best friend Harry Rosenberg, 57, who lived in Unit 212, as “a man with a heart of gold.” Mr. Rosenberg was strongly connected to his Jewish faith and like many residents of the building, regularly attended the Shul, the neighboring synagogue. Mr. Rosenberg’s daughter and son-in-law, visiting from Brooklyn, were believed to have been in the condo when the building collapsed, Mr. Waschsmann said.

Rachel Spiegel kept vigil near the pile of rubble on Friday morning, eyes fixed on the area where Unit 603, the sixth-floor condo belonging to her mother, Judy Spiegel, had likely tumbled to earth. “I know where my mom is,” Rachel Spiegel said as she stood in a cloud of smoke and dust.

Rachel Spiegel said her 66-year-old mother cherished being a parent and grandparent. She and her husband — who was not home during the collapse — bought the condo at Champlain Towers in 2017 and moved to Florida to be closer to her and her young daughter. Her mother loved walking to the beach from her condo, and would end each day with a bowl of chocolate ice cream — always Ben and Jerry’s.

Other families agonized about the accidents of fate that had led their loved ones to there on Wednesday night.

Fabián Nuñez, 55, Andrés Galfrascoli, 45, and their 6-year-old daughter, Sofia, had carried their suitcases into Unit 803 mere hours before the building collapsed. They had been visiting from Buenos Aires, and were eager to be closer to the ocean before returning home. The couple was so excited that they called their families to show them the view of the beach from their balcony, Paola Florio, Mr. Nuñez’s cousin, said.

Down the hall in 812, Deborah Berezdivin and her boyfriend, Ilan Naibryf, were spending just one night at a condo owned by her family, said Mr. Naibryf’s father, Carlos Naibryf. Mr. Naibryf described his son as an intelligent, openhearted young man who was studying physics at the University of Chicago while also running a finance start-up and exploring robotic prosthetics.

Leidy Vanessa Luna Villalba, 23, was thousands of miles from her hometown in rural Paraguay, working as a nanny for relatives of Paraguay’s first lady. It was the first time Ms. Villalba had ever been out of the country, her cousin Lourdes Luna said. Her family felt starved for any information.

“We are all heartbroken and desperate,” she said.

At 91, Hilda Noriega was one of many longtime residents of Champlain Towers, having lived in a sixth-floor condo for more than 20 years. Her family said she was still active, but they had recently decided to sell her condo and have Ms. Noriega move in with her son and daughter-in-law. They had even begun showing the condo.

A few days before the collapse, Ms. Noriega went out with her family to celebrate Father’s Day. The last time they saw her was when they dropped her off at home — a moment that now haunts them, said Sally Noriega, Ms. Noriega’s daughter-in-law.

Sally said she and her husband, Carlos, who is chief of police in the nearby North Bay Village, rushed to the building when they heard about the disaster. As they surveyed the scene in that early-morning chaos, Ms. Noriega’s son stepped on something: It was a card addressed to his mother from her church friends.

“My mind tells me there is no way she could have survived such a massive collapse, but I believe in a God that can do anything,” Sally Noriega said. “Is it silly to believe she is still alive? Probably. But I am never going to give up hope.”